What is Analysis of Variance?

Analysis of Variance (ANOVA) is a statistical technique for analyzing data that tests for a difference between multiple (more than two) population means.

The null hypothesis will state that there are no differences among the population means.
Ho: μ1 = μ2 = μ3

The alternative hypothesis will specify the following:
Ha: At least one mean is different.

This analysis determines if the differences between the averages of the factor levels are greater than could reasonably be expected from the variation that occurs within the level. 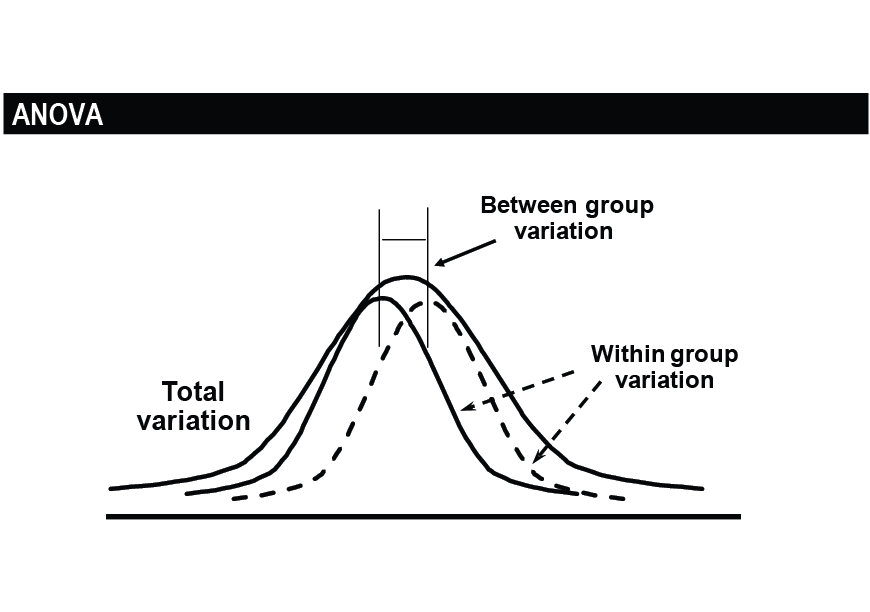 For more information on ANOVA and how Juran can help you leverage it to improve business quality and productivity, please get in touch with the team.

Posted by Juran on April 23, 2020
What is DMAIC? DMAIC is a quality improvement and problem-solving method used to improve business performance. During the DMAIC process,…
Read more
DMAIC Tools

Posted by Juran on March 25, 2020
Continuous improvement might sound like a simple concept but it can be hard to pin down, not least because different…
Read more
DMAIC Tools

Design of Experiments – An Essential Tool for Quality Improvement

Posted by Juran on March 15, 2020
In order to stand out from the competition, businesses have little choice but to constantly redesign their products, or develop…
Read more
View all articles